Does Leadership have Longevity?

“I believe one of the best things about managing people is that we can influence lives in a positive way. That's basically what a manager is about. When I can do that, I am very happy." - Arsene Wenger

There is no doubt that Arsene Wenger has provided all football fans with entertainment for the past two decades while he has been manager at Arsenal, racking up countless accolades, trophies and successes, one of the most notable being during the 2003 - 2004 season where he did not lose once in the Premier League. But one fact of life is that every good thing has to come to an end, at the time of writing this Arsenal lost 5-1 (2-10 Aggregate) to Bayern Munich in the champions league final 16, this feels like the nail in the coffin for many Arsenal fans in regards to their support of Arsene Wenger, leading to the movement “#WengerOut”.

Speculations and rumours have been in the talks for multiple seasons now about Arsene Wengers inevitable departure from Arsenal football club. If there are lessons to take out of the situation, it is definitely about the management style of Arsene Wenger and analysing what wrong in the past couple of years.

We all know how important team morale is to any type of organisation, whether it's a business or a football team, having low team morale is one of the hardest issues to deal with as a manager yet it is one of importance that must be dealt with.

As we have learnt recently in the past 3 months or so there has been reports of inner turmoil within the Arsenal team between players, “Arsenal Stars Alexis Sanchez and Aaron Ramsey are at war, according to a former Gunners (Arsenal) midfielder Stewart Robson.” This type of behaviour is something that deeply affects team relationships and morale, as a leader & manager is it up to you to iron out this type of behaviour. This is one of Arsene Wenger’s faults as of late because this isn’t the only report of Arsenal players clashing with each other. At the start of March Theo Walcott came out publicly and admitted that the players need to stop fighting with each other, there’s no doubt that these arguments and the turmoil within the team have played a part in Arsenal’s recent downfall.

As we also saw this week how Barcelona made a truly historical comeback against the French Paris Saint Germain, Luis Enrique’s (Barcelona) side were 4-0 down away at PSG and in the most recent fixture they managed to win 5-1 at home making it 6-5 on Aggregate, with the 95th minute goal putting them through. Arsenal were in a similar situation this week being 5-1 down to Bayern Munich away but the latest fixture saw them losing 5-1 again at home, making it 10-2 on aggregate. This to me shows clear correlation between how team morale effects the end result of any team, Barcelona's team had the passion and belief that they could win this and all worked together to pull off the impossible, the players and the fans during the second half were so motivated and they proved that by scoring 2 goals in the first 2 minutes of the game.

In the business world, this is also a huge issue and can cause companies to break down from the inside when colleagues start to argue with each other and forget the companies vision and goals. However, with effective communication and team building this problem can be eradicated and should always be a top priority for managers due to the clear impact it has on the end result. Just like the fans, players and managers get disappointed when sports teams are underperforming, everybody in an organisation will also be disapointed when the company isn’t producing to expectations.

Correlation between longevity and effectiveness of a manager

One thing that we can look at is whether there is a direct correlation between how long a manager stays in his position to how effective he is at continuously bringing in results. Arsene Wenger has been with Arsenal for just over 2 decades which is an extremely long time compared to other successful short-term managers such as Chelsea’s Antonio Conte, Jose Mourinho and Pepe Guardiola who all spent a short time at their club but managed to accomplish great things.

Many companies bring in Managers into their organisations who only last 3-5 years, this is known as ‘tenure’. This may seem ineffective however it reality isn’t, the reason this is done is because it has been proven to work for a lot of establishments as the new manager who arrives is usually highly skilled with a background of moving company to company and turning it around.

If we look at the early career of Arsene Wenger, in his first 10 years he managed to win 3 premiere league titles, 4 community shields and 4 FA cups, being one of Arsenal’s most successful periods that the club has seen. In the latter 10 years Arsene Wenger’s side has won 0 premier league trophies, 2 community shields and 2 FA cups. Comparing these two obviously has a lot more factors to it but it goes to show that Arsene Wenger had a clear winning formula when he first joined Arsenal and bought the club to its ‘Golden Era’.

What changed in the second half of Wenger’s reign as a manager compared to the first half? The obvious factor is that when a new manager joins an organisation they are really keen to impress and sell themselves as the right person for the job, this in turn is one of the reasons why new managers either perform really good, or bad. Bringing in tenure managers into a sports team or your business can be beneficial for the company as they bring in fresh ideas, energy and passion. It isn’t an unknown fact that when a manager has been in the position for 20 years - their performance may start to decline. 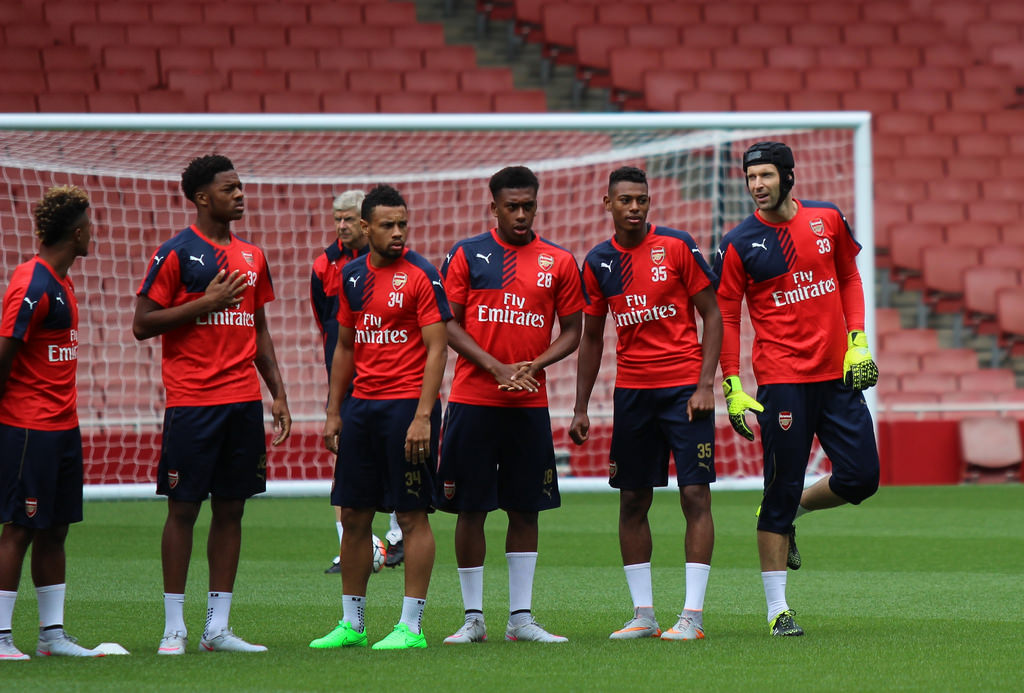 Investing in the youth

One of Arsene Wenger’s major successes at the club was his renowned ability to bring in players for very little money (or for free!) and develop them into world class footballers, the majority of the players that he developed were quite young. Some of these names include Jack Wilshere, Robin Van Persie, Cesc Fabregas, Nasri, Kieran Gibbs, Francis Coquelin, Theo Walcott and Ashley Cole. Arsene Wenger even insisted himself many years back that he was one of the best at producing top level footballers, in an interview he said “my record for nurturing talent at Arsenal is second to none”. From a business perspective this is amazing for the club because they’ve always consistently managed to bring in players for cheap and sell them on for massive profits, or they are able to play them and win a lot of games.

Managers of today should also learn to adapt this philosophy of always looking at the youth as the future, because they are. By setting in key training and development processes in your organisation it is possible to bring in employees that have potential that is waiting to be nurtured into a success. Not only is it important for the newer employees to be trained, it is also equally as important to train all staff because it increases productivity, reduces employee turnover, decreases the need for supervision, maintains employee satisfaction and it increases the ability to employ new technologies into a business, which is a major benefit.